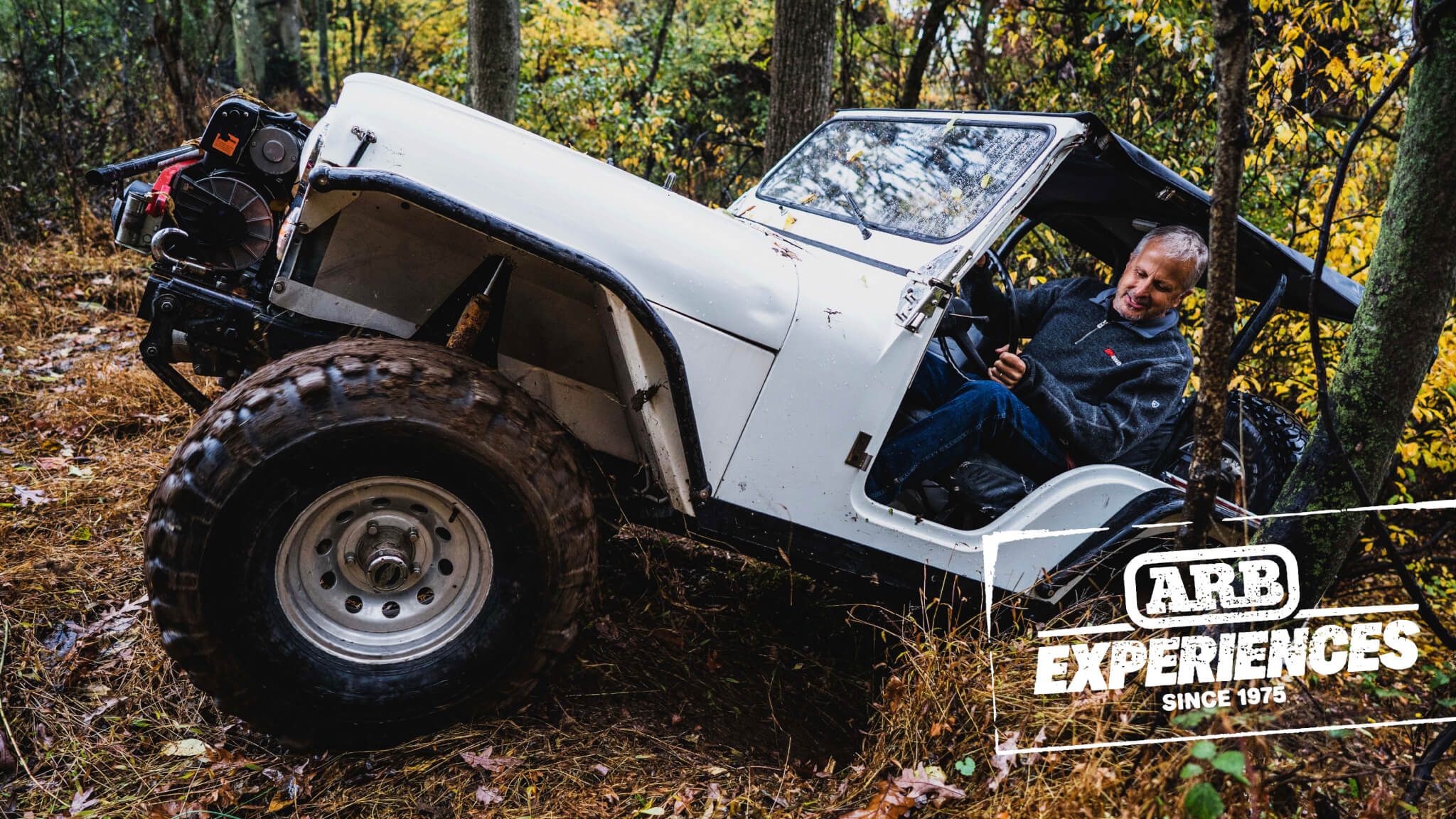 We’re standing in a unique place at a unique time. American off-roading is a young adult, overlanding a teenager and those who swaddled and cradled them still walk among us. Interest in 4×4 is booming and, while we keep eyes on the road ahead, we pause now to recognize those who cut the trail.

ARB Experiences will profile industry leaders, trailblazers, and heroes in a series of stories that document our collective journey. Every off-roader crafts their own story, but underlying each is the history of their rig, its capabilities, and how they came to be.

When a man asks you to install a never-before-seen differential and you’re Jim Oostdyk, you’re very intrigued. It’s about 1990, it’s muddy in Northwestern New Jersey and you’re not sure just what this thing is going to do.

“There’s a hill behind our shop that we use to test our work,” Jim recounts, “and this guy takes his newly installed ‘Air Locker’ and cruises right to the top. We’re down below, at the point where we always get stuck, looking up at him in awe. At that time, we’d never seen anything like it.”

This is the story of the first Air Locker installed in North America; told by the man who installed it.

Jim’s background parallels that of many first-generation off-roaders; it started with a need for speed.

“I got way too many speeding tickets in my muscle car so I had to drive something slow instead… it was a Jeep and I totally fell in love.”

“When I rolled that Jeep, I rebuilt it and, well, here I am 41 years later still doing the same thing,” he flashes a satisfied smile.

Jim started his shop, OK4WD, in 1979. He’d just graduated high school and at that time 4×4 was a very niche community.

The concept of off-road recreation was starting to catch on, however. And as urban populations migrated to rural areas for the first time in decades, interest in more capable vehicles surged. Keep in mind 4×4 wasn’t the mechanical powerhouse that it is today.

As Jim explains, “A four-wheel drive vehicle at that time was basically a two-wheel drive. Only one wheel would spin in the front, and one in the back.”

On the other side of the globe, however, Melbourne’s ARB had secured a patent from an aircraft engineer and was authoring a new chapter in 4×4 history. An “air locker” powered by compressed air was a totally different approach from the existing options: an open diff or a manual positive-traction device.

Several years after it released Down Under, an American businessman got his hands on one and ended up at Jim’s door.

As Jim retells, “We put that first Air Locker in a maroon Ford Pickup, it was either a F150 or F250. The guy drove down from New Hampshire and we installed it. We’d never seen anything like it.

“There were very few options at the time – either a Detroit Locker®, open diff or Truetrac®. Open diffs were impractical and if you had a positive traction device in the front end, you couldn’t steer too easily.

“To be able to have an open differential but lock it at the push of a button really intrigued us. When we finished it and witnessed the results it was pretty impressive. This was a game-changer. I bought one for my Jeep, and a few more to sell and that was the beginning of our relationship with ARB.”

It took a little while to get the word out. This was before tweets, snaps, and grams when selling was still a highly-personal experience. Jim traveled to events to demonstrate the Air Locker and educate the off-road community. He was a crucial ambassador of the early product in America.

“The reason we trust ARB started with that product. We saw the quality of it. That’s a big thing that got our business going and from there it evolved with ARB into the bumpers, Old Man Emu suspension, Safari snorkels, and more.”

The original Air Locker had its limits; and ambitious engineering at ARB continuously pushed them. First the seal housing was improved to prevent leakage, then a four-pinion diff was designed to transfer more power where it’s needed most.

In the early days of Air Lockers, proper installation was sparse and knowledge grew gradually.

“We ended up helping a lot of people from all over the Northeast learn about Air Lockers,” Jim explains. “We established a great line of communication with ARB for feedback on Air Lockers, and future products.”

Feedback is key, and to this day, a close relationship with Ultra4 Racing helps ARB continually test and extend the limits of their Air Lockers at a winning pace. (That’s a literal statement; drivers equipped with ARB Air Lockers have won three of the past four King of the Hammers.)

Meanwhile Jim started venturing out into the world, thirsty for the greater potential of 4×4.

“Everywhere I went – Africa, Haiti, China, Peru – 4WDs were a necessary part of life. In these rugged places with little infrastructure, they had different 4×4 vehicles and components than we had in America, different setups and uses.

“I saw a lot of potential there, and we started importing and creating a market for a broader range of 4×4 applications. That’s probably the highlight of my career; getting to travel the world and bring those products back to the USA.”

No question, fitment was a steep hill to climb for the adoption and growth of 4×4 in America. There was a broader range of vehicles here, and different sets of regulations. ARB was in the best position to bridge this gap at scale and added an American presence to its global footprint in 1991. 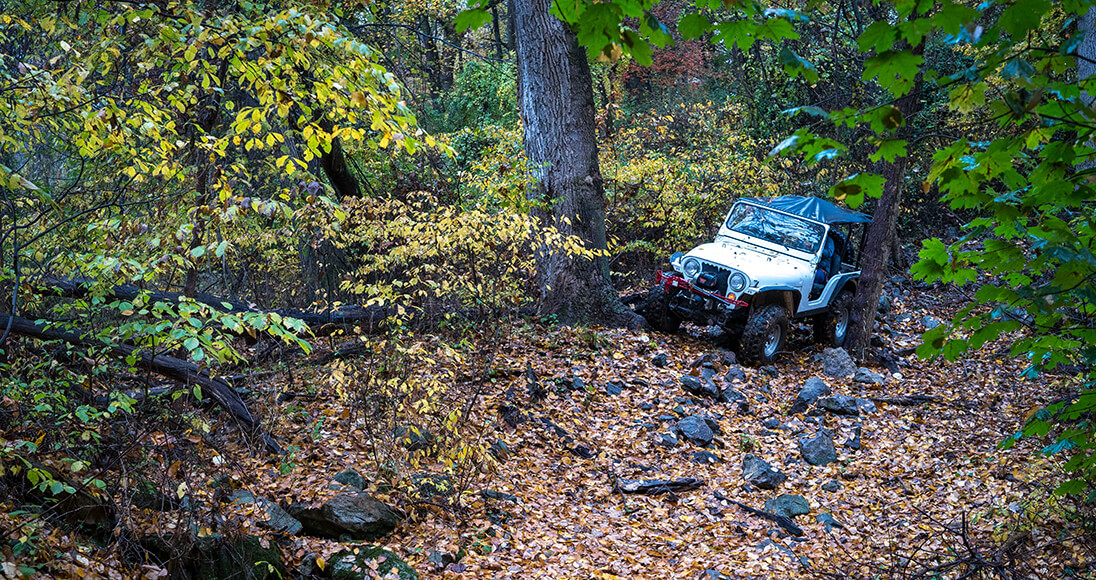 From the meandering family tree of 4×4, the overlanding segment has seen renewed interest. Originating from cattle drives in the Australian Outback, it is perhaps off-roading’s oldest and purest form.

“We didn’t call it overlanding back in the day – it was off-roading and camping. But we always loved those two things and the fact that they came together was so good for the off-road community as a whole.

“ARB very much influenced us to get into the overlanding market… they were out, living in the Outback, before we really were and all their products kinda match our four-wheel drive love and passions for camping out of a 4×4 vehicle.”

“Overlanding brought more people to 4×4, and gave them a better experience. That passion has grown with us, within the industry and within the market. We focus on outfitting 4×4 vehicles so they meet the individual needs of the customer. Our work centers on functionality; so it can be used how it’s intended.”

Jim is serious about this. So much so that he invites customers to test out their completed rigs, even camp overnight, on his nearby farm. Which of course has its own network of trails.

“We want them to understand how the vehicle and camper work, and be able to address any questions.

“ARB enables our passion because it’s their passion as well, which we could see. They don’t copy, they innovate – from the fridge to the bumpers. They have always been a trendsetter and ahead of the curve.”

One of the first things you notice about Jim is his people-focus. Three employees from the original shop still work alongside him today, over forty years later, and their enthusiasm for 4WD is infectious.

“No company is successful without the people that get it to where it is; and my staff is phenomenal. I’m so blessed to have fantastic employees, employees that have been with us from the beginning.”

Rin Oostdyk started helping out in his father’s shop at age 14; four years younger than Jim was when he opened it.

“The level of his knowledge is so much greater than mine was at his age. He was raised into the four-wheel drive world from the time he was born and it makes me feel really good. He’s got the same passion.”

It’s true that off-road values translate between people, between hemispheres. From manufacturer, to dealer to driver, from generation to generation… It’s about putting ingenuity to work and the freedom to explore.

As Jim puts it, “The 4WD was always a tool to get further away. Being with friends out in nature, enjoying life, that’s what got me into it. It’s been fun to watch the business grow, but it’s all about the people I work with.”